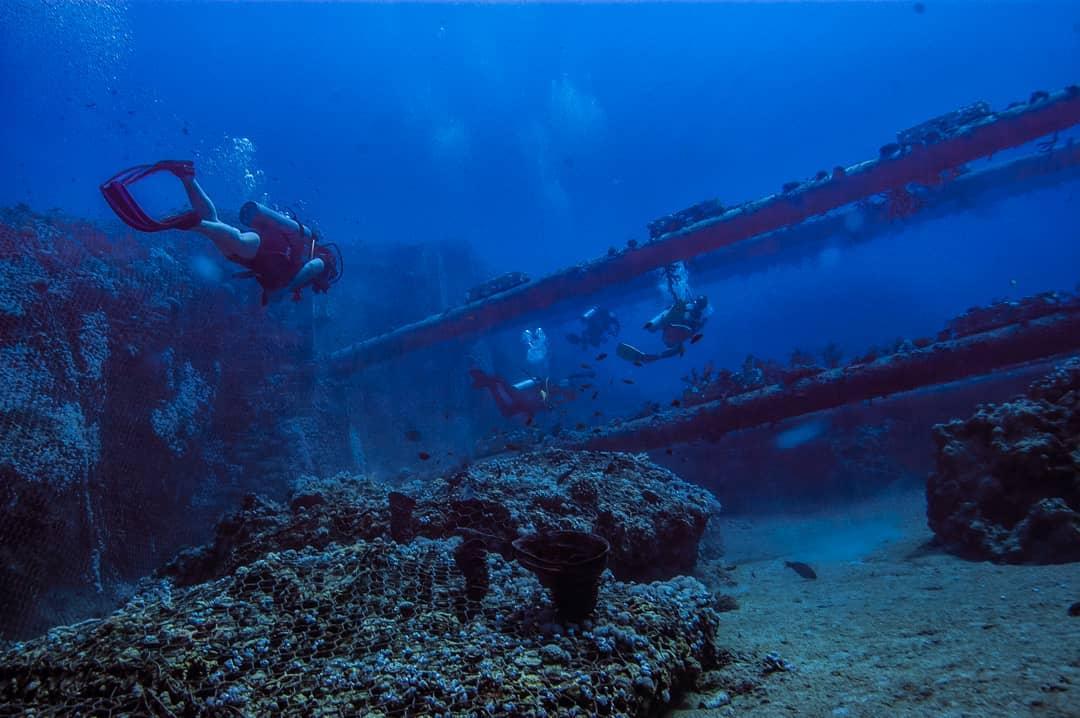 Created in 1996 when electrical cables were laid to Egypt - this site lies between Black Rock and Rainbow Reef. There are four cables running out over the seabed, the two cable to the North run through a deep canyon - hence the name! Here the reef has been shored up on either side to prevent it collapsing on the cables. Large steel netting covers the reef to the North and South, coral is now growing through this. Large metal tubes straddle the canyon preventing collapse. These are now a habitat for soft corals and sponges. Access to the site is acheived by swimming south from the Black Rock dive site mooring while exploring the reef on the way out and back. There is a great deal to see and discover here. There is still a lots of trash lying around but as the team dives the site more regularly it is slowly becoming cleaner. At Black Rock site for the umpteenth time? Then dive south to the cables, you never know what you might find!